In this section you can download additional Elasticsearch examples and ready to use content. Elasticsearch is a search engine based on the Lucene library. It provides a distributed, multitenant-capable full-text search engine with an HTTP web interface and schema-free JSON documents. Elasticsearch content could be Watcher jobs, Index node pipeline scripts and much more. 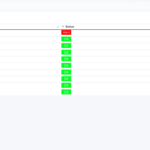 This bundle enhances the Kibana alerting experience. Storing all relevant information in indices and visualize the data in dashboards. 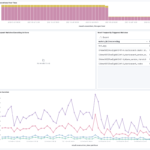 This dashboard shows the history of executed watcher jobs.

This watch is moving time based indices into the frozen state.

This watch is getting data from the Elasticsearch shards API directly and checking for large shards.

Watch for changes in IOWaits

A watch which alerts if the time spent by a hosts CPU in IOWait, has increased by more than than N% in the last Y mins. N defaults to 5%,…

This watch checks the availability of your Heartbeat observed services. It will trigger an alert whenever at least one of your services is down.

Elasticsearch is a distributed, free and open search and analysis engine that can handle all types of data, including text, numbers, geospatial, structured and unstructured. Elasticsearch is built on Apache Lucene and first released in 2010. Elasticsearch is known for its simple REST API, distributed features, speed and scalability, and is the core component of Elastic Stack, which is a set of free and open tools for data extraction, enrichment, storage, analysis, and visualization. Often referred to as the ELK stack (after Elasticsearch, Logstash, and Kibana), the Elastic Stack now includes a rich collection of lightweight forwarders, called Beats, for sending data to Elasticsearch.